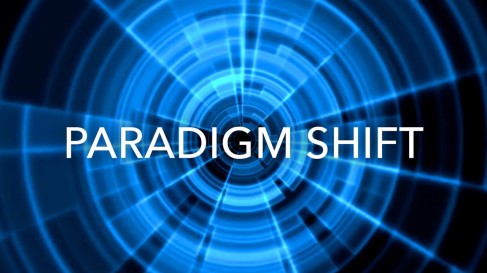 Something big is about to happen. It just may be happening. It is so big that the powers that be are working overtime with their disinformation campaign. What is at stake in the future of reproduced music, both in the home and on the go.

Merriam-Webster defines a paradigm shift as “an important change that happens when the usual way of thinking about or doing something is replaced by a new and different way.”A paradigm, simply put, is an accepted framework or pattern upon which there is a general agreement.

In the reproduction of recorded music, certain bombshell changes came along which made the audio industry, and then the consumer, look at things in a whole new way. My first recollection of this was the change from tubes to solid state equipment. I have owned Marantz tube equipment. They were clearly superior audibly to other competing audio playback devices in their day. But transistors became the big thing. There were technically superior to tubes in terms of certain measurements and their longevity. Eventually, even Marantz moved over to solid state.

The audio industry shifted to solid state. But some of the early solid state did not sound very good. In fact, and in short, it has taken years for solid state to come into its own sonically. Technical measurements did not tell the full tale. The ear was a more critical factor than the test equipment, because the ear could hear things like slew rate, for example, which was not initially part of the test procedures. Greater testing practices were needed, along with careful listening.

Then William Z. Johnson came along, and for a season, at least in the high-end of audio, shifted the paradigm back. This shift was gradual, at first. It hardly qualified as a shift at all. But as more and more people began listening critically to his products they had to conclude that his tubes did sound better. I had to give up my Crown DC 300 power amp, which was rated highly at the time, because William Z’s amps destroyed it. So eventually, in a way, tubes became a paradigm shift back. I purchased a set of used Marantz 9 power amps and an Marantz 10B. I loved listening to those old antiquated components.

Today, both quality tubes and solid state products are happily sharing the stage. It was almost a paradigm shift when the late, great, Arnie Nudell of Infinity fame, gave up his custom tube amplifiers when he heard the solid state Constellation power amp.

Then we had the vinyl to CD paradigm shift. CD’s were theoretically better, at least technically. Their promise was “perfect sound forever.” The CD had less noise and more dynamic range, and they were not going to get scratched. But is they did get scratched, they had a built-in error correction system which allowed the CD player to skip over that sort of thing. But the CD actually sounded bad – not to the masses – but to lovers of high fidelity music reproduction.

Today, digital audio has taken over. It can sound good when carefully mastered and played through quality CD transports and DAC’s. But even this movement has had its own William Z Johnson in the person of Michael Fremer of Analogue Planet. He never gave up on the sonic superiority of vinyl. He kept telling us that the emperor had no clothes. And eventually, a lot of people have followed him. Vinyl has made its own comeback. Vinyl is capable of offering a more engaging and enjoyable sound than that of many of our CD’s are digital files. Part of the problem is that the superiority of digital in terms of dynamic range have been crushed by all the compression done in the recording process. Many people play their popular music at one volume level – loud. Today, both quality vinyl and digital playback are happily sharing the stage.

Today, we are faced with a potentially new paradigm shift. In this case, the shift is not based merely on technical measurements. It is based on perceived quality of sound that, for many people, is audible. The ears coupled to the brain cannot be denied. They are sonic truth-tellers. Will the gatekeepers of the status quo be able to convince careful listeners otherwise? They may pick off some, but I doubt that they will pick off many of you, dear readers.

If you have not quests it by now, we are talking about MQA (Master Quality Authenticated). It was invented by that mad ingenuous scientist Bob Stuart, formerly of Meridian Audio fame. 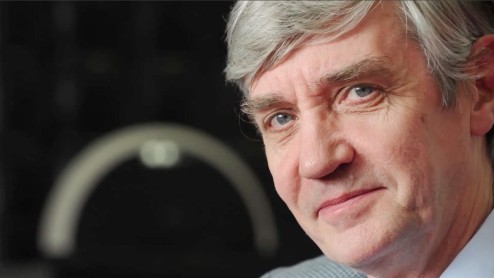 Mr. Stuart understands that psycho-acoustics play are large part in the recording and playback process. This was not as well understood in 1928 when Harry Nyquist produced his sampling theorem of converting analogue to digital sound. His work is the theoretical basis for today’s CD. His theorem is, in fact, the paradigm for digital sound. But as we have seen, the solid ground below us has been known to shift.

A lot more could be said here, but probably only a very few people can explain what MQA has in the recording and mastering process. One of them would be Bob Stuart but he is probably not going to tell us. After all, an inventor should be allowed to make a profit on his invention should he not?

Not everyone wants to buy into MQA. Perhaps one of their reasons is that they do not want to buy anything. There are royalties to be paid when using MQA. The manufactures of high-end CD players and DAC’s have been charging premium prices for their devices because they actually sound better than run of the mill ones. Now lesser priced models may potentially sound as good, if not better. If so, this would be a serous threat to their profit margins.

And at least one famous audio manufacturer claims that, with a higher resolution, state of the art, audio system, one can easily hear the advantage of non MQA sound over that of MQA recordings. But how does that stack up against hearing sonic improvements over lesser audio systems? Usually, it takes better fidelity to hear any differences in the first place.

On the recording side, mastering engineers have complained that their original recordings should not be altered. We recall when Ted Turner wanted to colorize on black and white movies for his TV network. The directors and producers of those movies howled. Is this the same? Maybe, but not all of these pristine master recordings were up to the Fred Astaire standard.

Making people buy newer versions of legacy recordings is a real problem for the industry, some people say. That means that MQA could be making a profit by ripping off the work of what has already been sold once. Well, many of these legacy recordings have been remastered many times already. Furthermore, no one is forcing people to buy new versions of the old. If they do so simply because they want a better sounding recording, what is the harm of that?

Let us look at new recordings. Many mastering engineers are convinced that the sonic merits of MQA are real. They have heard improvements in the sound quality of their recordings. They want to sure that their customers will be able to hear, on the other end, what they are hearing in the recording studio. That is one of the potential advantages of MQA. Recording engineers and masters now have better control over the quality of whole recording and playback process.

An added advantage to MQA is that its file sizes can be compressed without altering the sound in any audible way. This allows for online streaming of high-resolution music with a smaller bandwidth at a lesser expense. This particular advantage could greatly impact upon the way people listen their music. Imagine, a whole new generation of people who are being educated to the joy of high quality sound at reasonable prices. This must be stopped now. Those bonehead audiophiles might multiply and we do not want that to happen, do we?

Time will tell for MQA. The size of the catalogue of MQA will have a lot to do with it. How quickly the record labels (if I may use that name for digital recordings) will embrace the new technologies is crucial. Universal Music Group, Sony Music, and the Warner Music Group are already on board. Tidal is now streaming MQA with very good reviews. Never mind the audiophiles like us, the potential raising of quality and the lowering of prices should be able to make reading Consumer’s Report exciting.

1 thought on “The Paradigm Shift?”