A Trip Down Memory Lane – The Master Turntable Builder 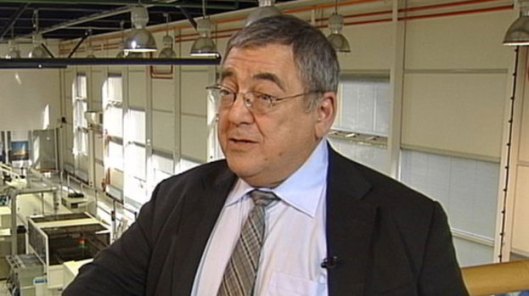 I met Ivor Tiefenbrun at a Hi Fi show in the early days. He was demonstrating what became his famous turntable. I asked why he did not put strobe markings on his turntable for fine tuning the turntable’s speed. He told me that what necessitated the need from speed correction were fluctuations in line current. Those same fluctuations would cause the speed indication and, thus, the speed correction to be inaccurate to the same degree as the fluctuations in the line current. He engineered his turntable to be simple, with only the things that mattered with regard to superb sonics.

Does a turntable have sound? In those days, some reviews were still writing that there were no sonic differences between amplifiers. Here was some strange guy from Scotland that was telling us that turntables affect the sound. Even some of the high end press were dismissing him. Direct drive turntables were all the rage, the ones where the motor is directly coupled to the platter without any belt to dampen out vibrations. The press needed an education and Ivor was just to one to give it.

His Linn Sondek LP12 turntable was beautiful to look at. It was so well machined – a processioned instrument that was deceptively simply, yet incredibly sophisticated. Introduced in 1972, it utilizes a suspended sub-chassis design and a patented tightly-toleranced single-point bearing. The design was similar to the Acoustic Research XA turntable created by renowned audio pioneer Edgar Villchur. However, Linn greatly improved the suspension system.

Ivor marked his turntable as the most important component in an audio system. Most people would probably say the loudspeakers are, but Ivor stressed that the overall sound of the system could be no better that what was at the beginning of the chain. People scoffed at this until they A/B’d his table with others in the system. Once again, Ivor new what he was talking about.

The cost of turntables has skyrocketed over the years. The Sondek is no exception. It is still helping to define the state of the art. Fortunately, the ground work that Ivor did helped manufacturers to greatly improve their turntables. Today we may buy some very good and quite reasonably priced turntables that provide excellent analogue reproduction. We are all indebted to Ivor Teifenbrun’s pioneering work.

Glasgow-based Linn Products also produced some excellent loudspeakers, and some outstanding vinyl records which are still the benchmark to this day. (See Exemplary Recordings of Handle’s Messiah).